We’re coming at you with something different this week. We tried our hand at making a short narrative horror film!

This project was both the most fun and exciting thing we’ve tackled yet AND the most stressful… coming right down to the wire.

Watch the film below. Then read on to get a behind-the-scenes look at how our concept became reality and what we learned in the process. 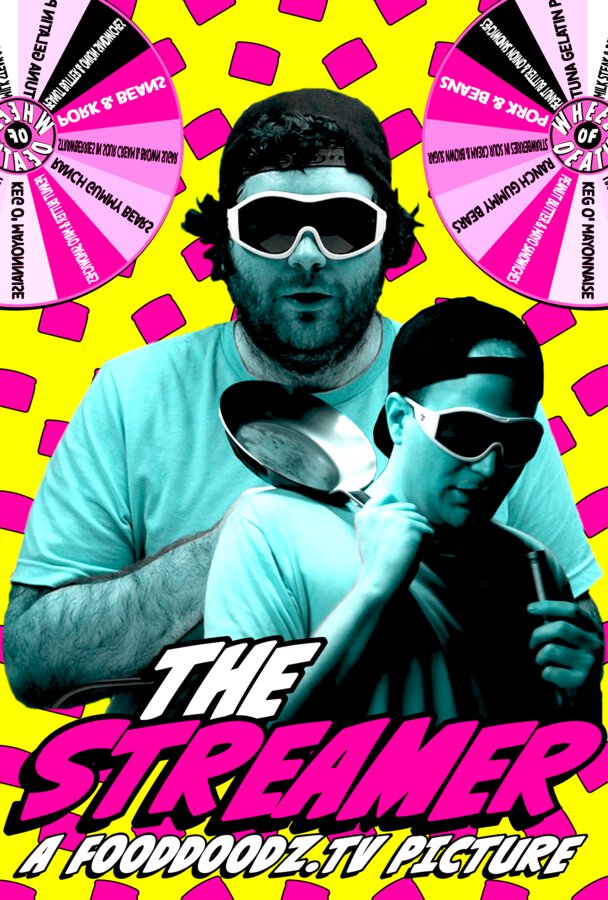 This poster was made in about an hour after I realized the online submission system’s profile page has a spot for a poster. I think it came out pretty cool.

This was the most intense project we’ve taken on. We’ve never tried to do anything spooky, moody, or horrifying. Plus this was also our first real attempt at narrative.

We’re both HUGE fans of film, with Adam big into horror. So, when I came across this tweet from Arrow my thinking was pretty much “Whoa…. Arrow’s having their own horror film contest. I buy so much stuff from them. Let’s enter!”:

Put your creativity to the test! Only 2 weeks remain in the Horror Lockdown Short Film Competition - with one lucky winner bagging a £3,500 prize to finance their next short film! Submissions end July 19 - Get involved: https://t.co/VihW0LrEaH pic.twitter.com/YWTJH4iRaG

Coming Up With the Story

We only had two weeks to do everything from planning to post work (where we tend to spend a LOT of time). So it had to be very short and concise. And due to COVID-19 we probably needed to film everything on our FoodDoodz set.

We kicked around ideas trying to figure out what kinds of stories could be told with only two people. Having only two characters is really limiting.

That’s how we came up with the concept of a 3rd character being the chat. People entertain others for hours by having a one-way audio/video conversation with chat all the time on Twitch.

Once we sounded out a decently plausible story I sat down to mockup shots. I did this mostly so I didn’t forget our story (since we didn’t write anything down). Yup, all dialog is improvised. :D

When we started filming I had everything storyboarded up to the Scene 8/9 text slide. I turned these boards into an crudely animated video that was used to figure out if everything would work.

The boards after the Scene 8/9 text slide were done later. I didn’t get to put them into an animation until after we finished the short (what you see above).

No boards were created of the final death scene. We just worked from our imagination.

Adam and I were the only people involved with creating the film (we also acted).

Made for $70. We bought chain, mayonnaise, and baby items. We had t-shirts, the hat, and glasses from another production.

Made in two weeks.

All visuals, graphics, music, and sound effects are original creations by the us for this film.

We had 2 weeks. The first we nailed down the story, storyboarded, did some lighting tests, and filmed the opening up until Adam’s drug inside.

The second week we filmed everything else, edited, created all the graphics, and made the insert composites. We worked around the clock right up to the deadline of Sunday July 19th. Our final cut was uploaded about four hours before submission closed.

What Changed as We Filmed

We initially had viewership numbers as the motivation for my kidnapping. This faded away as I didn’t really have time to make the animated charts. Plus, we ended up having to trim nearly two minutes of the initial cut to make our 5 minute runtime. So there really wasn’t room.

We really wanted a change of clothes for the Delivery character. We wanted to dress him in custom Let’s Eat This Bread Bruh logoed gear. The Streamer character and Delivery Guy would both be wearing these shirts when he woke up. Making it obvious his clothes had been changed for him. Creepy! We ended up scrapping this because it takes about a day for me to etch a screen and print a custom shirt… Didn’t have time. Maybe the next film.

I was supposed to abduct another contestant when I hear the doorbell. You were supposed to be fixed on Adam’s character’s face while he hears this whole episode playing out through the floor. This is what was supposed to motivate his escape.

Adam’s directing audibles while filming really helped finish the film under the deadline and under alloted runtime.

Adam wasn’t sure if he wanted to post it to our channel publicly because of how weird it ended up… I took this as good sign that we accomplished what we sat out to do.

Was it pudding? Nope. Every prop we used was real.

When it looks like Adam’s gagging… it’s real. Because we used real mayonnaise LOL.

We used real heavy duty chain. I think it was rated to tow boats. It was SOOOO heavy that Adam’s feet fell asleep while filming those shots. He was worried about bruising, but I don’t think he got any.

He DID fall asleep with beans still in his hair though! What do you know about waking up with yesterday’s beans hardened in your hair? ahahahaha

I wore the Macho Man glasses so long I ended up with a bruise on the bridge of my nose. It lasted two or three days. So… I guess I’ll keep that in mind if we make a follow-up film.

Things I Wish We Could Have Fixed

How We Improve Next Time

Other than taking actual behind-the-scenes photos of our setups. Here’s what we came up with: